You will need Ruby and Rails installed on your machine.

Some say moments are best when captured so we can relive them and quite frankly, they kind of have a point. This is why applications like Instagram have a lot of users. In this article, we are going to look at how to build a simple photo sharing application with Pusher, Cloudinary and Ruby. 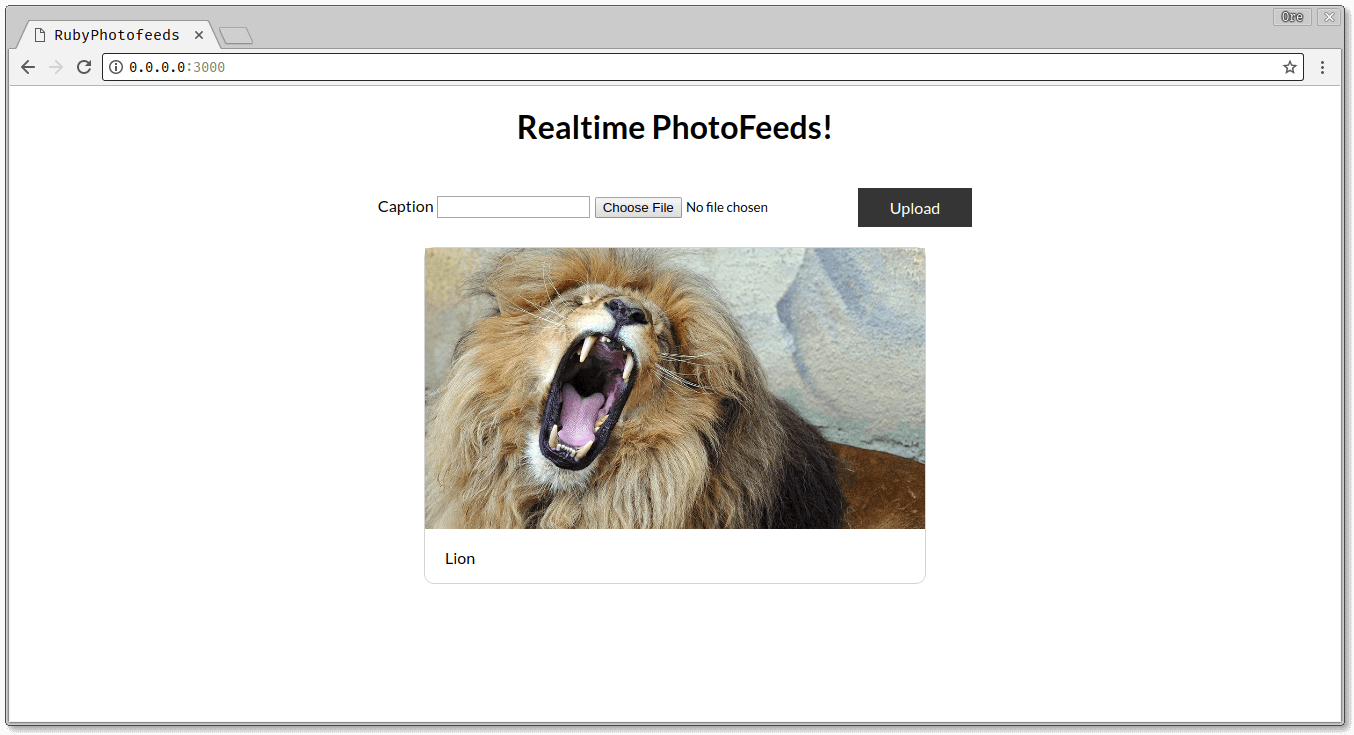 For you to successfully follow through this article, you need to have the following set up:

To confirm your installation, run the following :

If you get version numbers as result then it means you’re good to go!

Since you already have Ruby installed on your machine, go ahead to create a new Rails application by running the command:

This creates a sample rails project with the following structure: 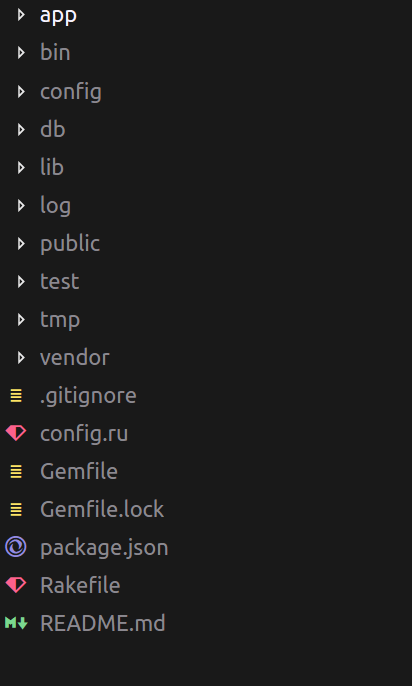 You can take the sample application for a spin by running the command:

To create your database, run the command:

This creates the database for the application in the db/ directory of your project.

To represent a sample post in our application, we need to create a model. Our simple post with have the following properties:

Create the model by running the command:

This creates a migration file for your new model that can be found in db/migrate/{timestamp}_create_posts. The file will look like this:

Now, to store the data in the database, run the command:

When you run that, you get the following output:

At this point, we have our posts table created with the link and caption as fields we wanted.

To do this, run the following command:

This creates the controller and the following files. Now, let’s edit the index view created by this command. Update your photo/index.html.erb file to look like this:

The view’s styling is controlled by photo.scss. Update the file to look like this:

The top bar allows the user to upload pictures to the feed and that is fixed to the top to make it easy to perform the action. The other part part is responsible for displaying the images on the screen to the user.

Now let’s take a look at what happens when a submission is made for a new post to be created. When the Post button is clicked, a POST request is made to the ‘photo/store’ route.

In the config/routes.rb that houses the available routes for our application, we have the following:

Let’s take a look at the controller logic to save the post uploaded by the user. Edit your app/controllers/photo_controller.rb to look like this:

The index method in the controller is responsible for fetching all the existing posts in the database.

At the moment, the controller only renders the caption on a new page. This is not what we want. We are going to further edit this controller to do the following:

Cloudinary has a Ruby gem and that is what will be used to handle the file uploads.

Add the Cloudinary as a dependency in your Gemfile:

Install it by running the command:

To use the Cloudinary gem, you need to have a Cloudinary developer account to use it in your applications. Head over here to create one if you don’t have one already.

We are going to use the module in the Photo controller. Update the app/controllers/photo_controller.rb file:

Now, at this point, we’ve been able to upload a new image using Cloudinary and save the post in the database.

Now that the post has been created, you need to let all the users online know that there’s a new post without needing to refresh their browsers. To do this, let’s use Pusher. Pusher allows you to seamlessly add realtime features to your applications without worrying about infrastructure.
To get started, create a developer account. Once that is done, create your application and obtain your application keys.

To use Pusher with your Rails application, you need to do a couple of things.

Add pusher to your Gemfile

And then install the new gem:

To confirm your installation run:

Triggering events from the controller

To trigger a new event, update the app/controlllers/photo_controller.rb file:

After the post is saved in the database, a new-post event is triggered in the posts-channel. The Pusher dashboard allows you to debug your application by seeing when events have been triggered.

Displaying posts on the client

To integrate Pusher to the frontend of your application, you’ll need to do the following:

First, include the Pusher script in the header of the application in the app/views/layouts/application.html.erb

Next thing to do is to create a Pusher client in the application header:

Finally, subscribe to the posts-channel and listen for new-post events. You can do this in the photo#index view of the application. Update the app/views/photo/index.html.erb to look like this:

Here, on the client, we subscribe to the posts-channel and listen for a new-post event. When an event is broadcasted we then update the UI to show the new post.

To see the application at work, start the rails server using the command:

This starts up a rails server with the port shown to you - in this case 127.0.0.1:3000 as specified with the --binding flag. When you visit the application, this is what you see:

In this article, we’ve seen how to use Ruby and Pusher to make a simple realtime photosharing application. Feel free to apply these concepts and explore the Pusher documentation for more exciting features.Lastly, the complete source code of this demo application is on GitHub.