This tutorial is the second part of the series on getting started with continuous integration in React Native. In this part, you’ll learn how to use Visual Studio App Center as a CI server for the React Native app. Specifically, you’re going to learn the following:

To follow this tutorial, you need to have basic knowledge of React and React Native. Knowledge of testing tools such as Jest will be helpful but not required.

We will be using Genymotion to test the builds, but you can use the Android emulator as well.

Reading part one of this series is optional if you already have some background with continuous integration.

These are the package versions that we will be using:

For other dependencies, check out the package.json file of the project.

Log in to your GitHub account and create a new repo named ReactNativeCI. This is where you will be pushing the project so that you can connect it to App Center.

After that, clone the project repo (the GitHub repo containing the starter project, not the one you just created) and switch to the starter branch:

Next, initialize a new React Native project using the same version I used. Copy the src folder and App.js file from the repo you cloned earlier and paste it into the project you just created:

Next, install the dependencies and link the native modules:

Once that’s done, make sure that the app is still running. This is important because if it doesn’t run locally then it’s likely that it wouldn’t build properly on the CI server either:

If you want to have a brief overview of the app that we will be working on, be sure to check out part one of this series.

Setting up a project on App Center

Once your account is created, create a new app.

The number of apps you need to create depends on which platforms you need to support. Here are the names I used for the apps:

Don’t worry if you don’t have a Mac. App Center doesn’t need you to be on Mac in order for it to build an iOS app. The only problem is actually running the app that it’s going to build. Apple is very strict when it comes to these things. You need the app to be signed with a provisioning profile and distribution certificate from a paid Apple Developer account if you want to run it on your iOS device. 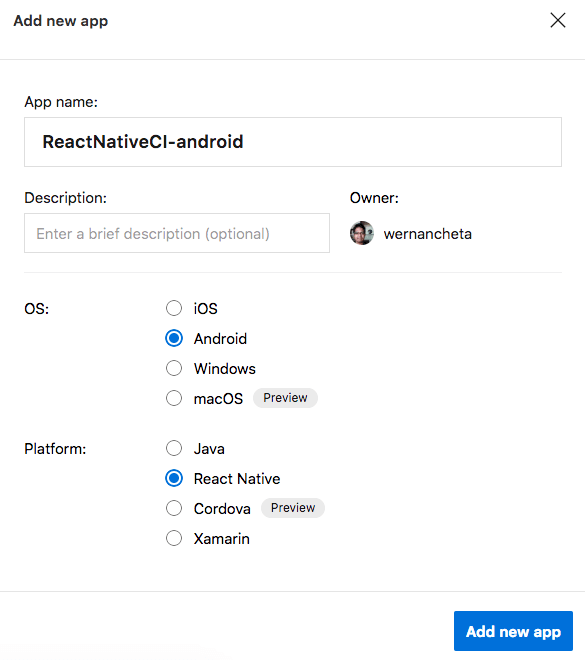 Once the app is created, it will show you the getting started guide: 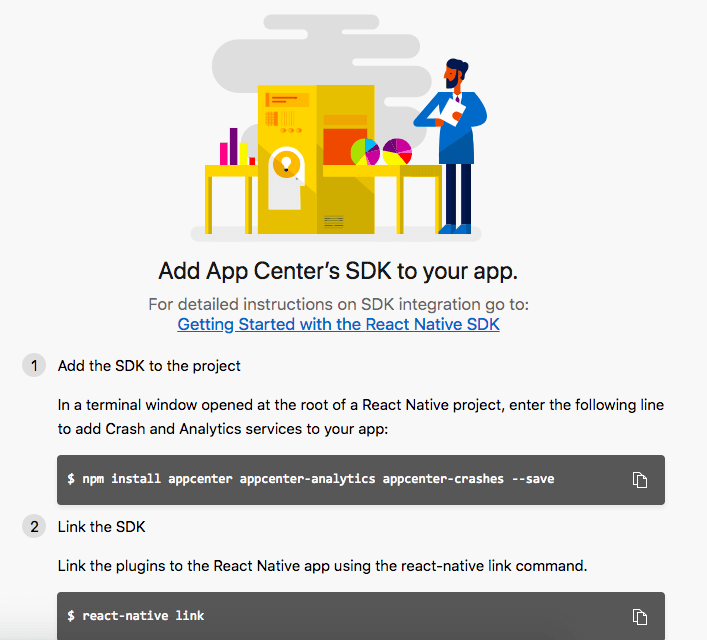 Follow the steps on that page. This will ensure that your project will work well with App Center. Be sure to replace the npm commands with yarn like so:

Note that if you’re working on iOS and you encounter any errors while following the steps mentioned on that page, scroll down to the Cocoapods issue in iOS section below.

If you’re planning to build for both Android and iOS, you should also create the other app on App Center if you haven’t done so already.

Next, switch back to App Center and click on the Build menu on the sidebar. It will ask you to connect your code repo. In this case, we’ll use a GitHub account:

Once your GitHub account is connected, it will list all your GitHub repos. From there, search for the project you forked earlier and select it: 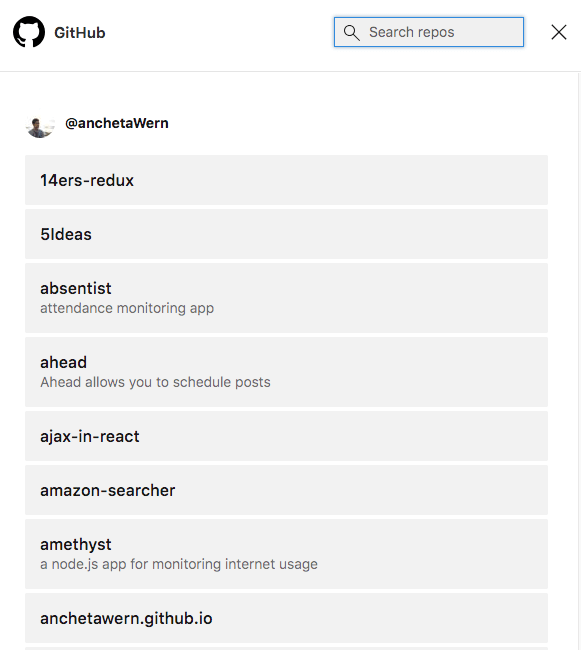 Once selected, it will show the following screen. Click on the gear icon to configure the build for this specific branch:

From the Build configuration screen, select the following options: 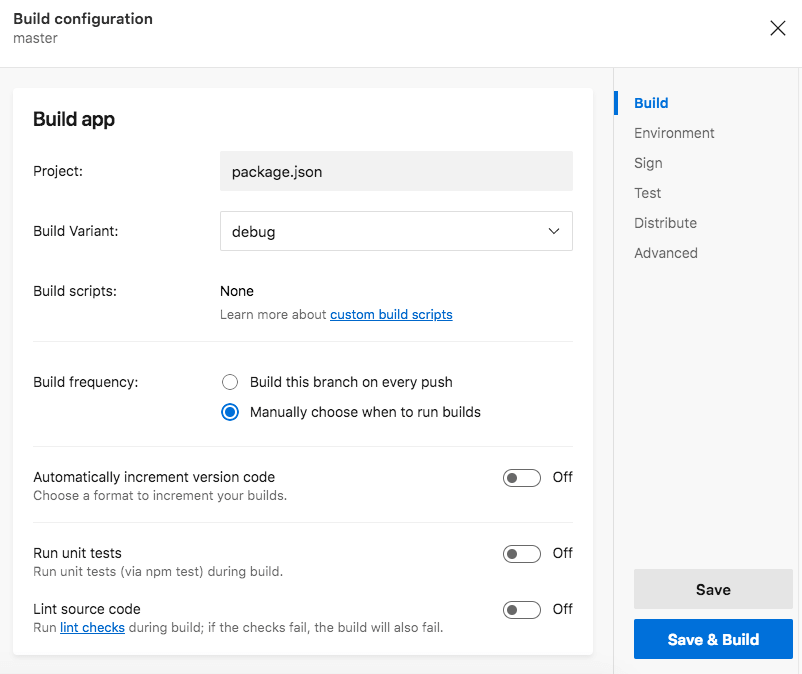 We’re setting the Build Variant to debug so we don’t have to supply a release keystore file. The Build frequency is set to manual because we don’t really want to trigger a new build everytime we push some changes to the repo as we’re just testing things out. All the toggle buttons should be set to Off for now.

Note that we’re only selecting these option so we can easily get a successful build. We’ll change these options later once we make sure that there are no problems with the build.

Once you’re done with the configuration, click on Save & Build. This will save your build configuration and start the build process immediately.

This process might take a while. In my case, it took four minutes, so go grab a drink if you want. 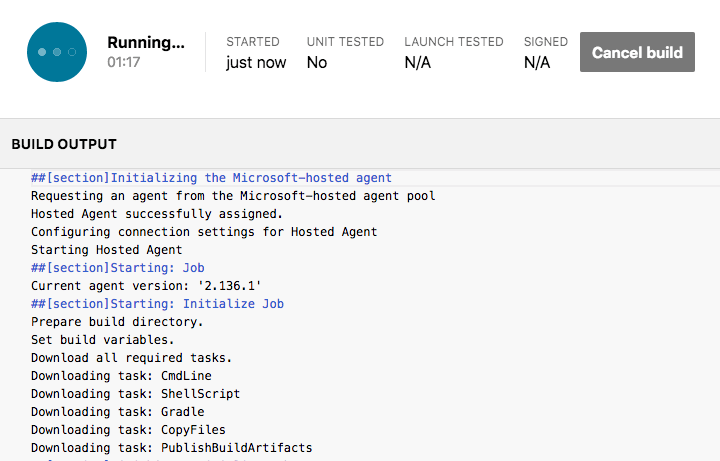 Once the build is complete, it should present you with a button to download the build (a .zip file containing the .apk file). But the app won’t really work because we haven’t signed it yet. All apps need to be signed with a distribution certificate, even if it’s not going to be released on any app store. 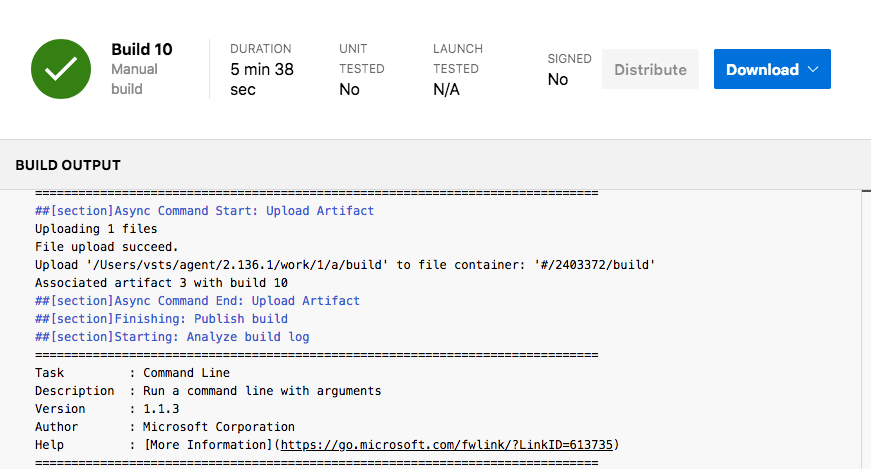 The only purpose of having you build is to make sure that the build succeeds and to get you acquainted with the App Center.

If you’re trying to get this to work on iOS and you get the following error while trying to install the dependencies: 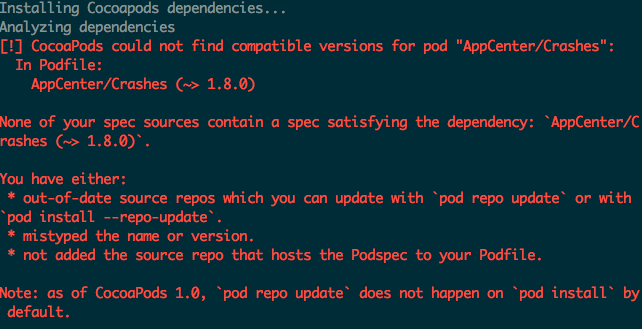 The solution is to navigate to the ios directory and update the outdated source repositories as mentioned in the error message:

After that, go back to the project’s root directory and uninstall the App Center dependencies and add them again. This allows Cocoapods to install the dependencies properly:

To get you acquainted with the whole continuous integration process, we’ll be adding a minor update to the app. If you’re not familiar with Git workflows or branching models, be sure to read up on them. You can also check out the CI workflow in React Native section in the first part of this series, as we will be following the workflow mentioned there.

Start by creating a new branch called develop. This is the branch where all the developers of this app will merge the new features they implement:

Next, create a new branch off of the develop branch called feature-improvements:

At this point, we can now begin implementing a couple of improvements to the app:

Next, update the app’s snapshot. This ensures that the snapshot tests wouldn’t fail the next time it is run. Jest has already been set up in the starter app so you don’t have to worry about it:

Once that’s done, save the file and commit the changes:

Next, we can make the target area bigger by wrapping the whole card in a TouchableOpacity so we can pass the action directly to its onPress prop. The IconButton is then replaced by the Icon component from react-native-vector-icons:

After that, delete the src/components/IconButton.js file because it’s no longer needed.

Once again, don’t forget to update the app’s snapshot:

At this point, you can now test the app to see if it’s still working.

Once you’re fairly sure you haven’t broken anything, commit the changes:

Switch to the develop branch and merge the changes from your feature-improvements branch:

Once the merge is done, delete the feature-improvements branch:

Lastly, push the develop branch to the repo:

Note that when pushing changes to your repo, you have to commit both android and ios directories as well. This way, App Center is able to run the build commands for both Android and iOS.

If you go back to the Build page of the app you created earlier, a develop branch should be listed as one of the branches. Click on the gear icon for that to configure the build. This time, select the following options:

The rest of the toggle buttons should be set to Off.

If you’re configuring the build settings for Android, for the build signing, you have to generate a keystore file so you can upload it to the field that’s asking for it: 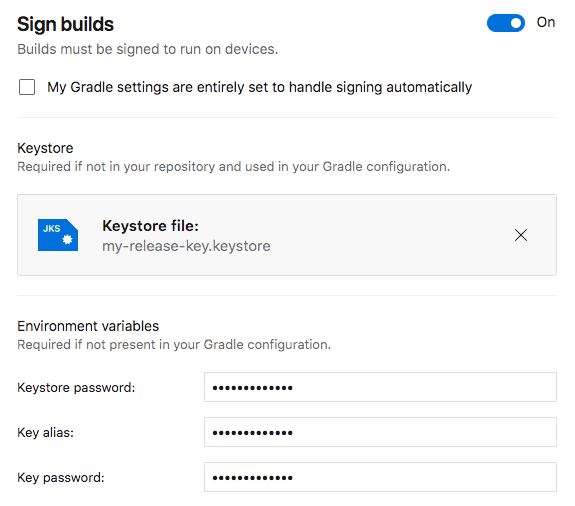 To generate a keystore file, execute the following from any directory:

If you’re on Windows, you might not have the keytool in your path. You can usually find it in the C:\Program Files\Java\jdkx.x.x_x\bin directory. You can either add that path to your environment path or just open a new command line window inside that directory and execute the command above.

Executing the command should ask you a few questions: 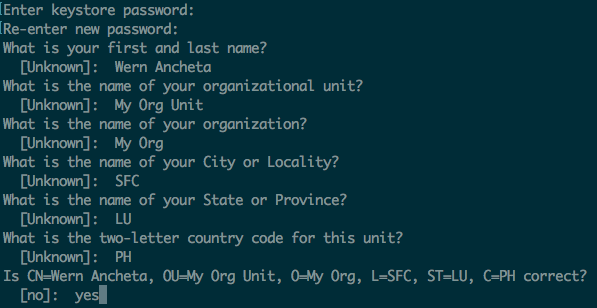 You can find more information about this on the documentation for Generating Signed APK.

If you’re configuring the build settings for iOS, I hate to break the bad news but you won’t be able to install or run the resulting .ipa file if you’re not an Apple Developer Program member (the one which you have to pay 99 USD per year).

As I mentioned in the first part of this series, we won’t really be covering Continuous Deployment in this series so I’ll just leave you with two links that will help you configure the distribution setting in App Center:

For those of you who are not a member of the Apple Developer program, the only thing you’ll get out of using App Center is making sure that the iOS app builds successfully.

One important thing you need to enable to have full control over your builds is custom build scripts. These are Bash scripts which can be executed throughout the lifecycle of the entire build:

To have more idea on what I’m talking about above, you can actually scroll through the build output to inspect what App Center is doing behind the scenes. Generally, here’s how the process goes:

There’s also code linting, but that’s mainly for native Android development, so I didn’t include it in the steps above.

Adding a custom build script is fairly straightforward. All you have to do is create any of these files inside the root of your project directory (same level as your package.json file):

From the build configuration screen, click on the Environment tab and enable Environment variables. Once enabled, you should be able to put UPDATE_JEST_SNAPSHOTS for the name, and then true for the value:

Note that you have to set this value to false (or any value that’s not true) if you didn’t make any change to the component tree (for example: updating the styles, removing or adding a prop, removing or adding a component). Otherwise, snapshot testing will be pointless. I realize that this can be inefficient and prone to mistakes, but I can’t really find any other solution to this one.

Going back to creating the custom build script, create an appcenter-pre-build.sh file if you haven’t done so already. Once created, add the following code to it:

What this does is check whether the value of UPDATE_JEST_SNAPSHOTS that we’ve set on App Center earlier is true. If it does, we execute the code for updating the snapshots. That way, by the time it gets to running the actual test (if you have enabled it in the build configuration), it won’t fail. Note that even if the build succeeded, and your tests didn’t, the build is still labeled as “failed”.

Once that’s done, save the file, commit the changes, and push it to the repo:

Next, refresh the Build page in App Center and click on the gear icon for the develop branch. At this point, you should see that it recognizes the pre-build script that you’ve added: 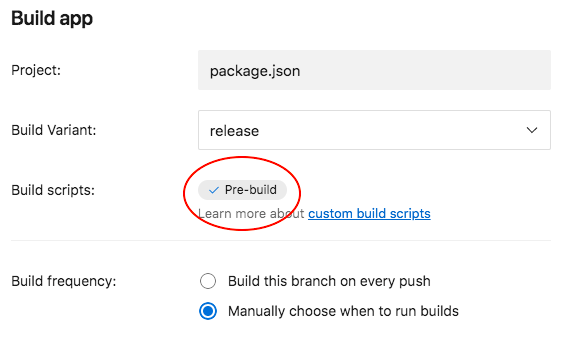 Once you see that, you should be fairly confident that the script will be executed on your next build.

You can find more information about build scripts here:

App Center is great if you’re just getting started with continuous integration. But as soon as your needs grow, you’ll need a more customizable and powerful solution. So stay tuned for part three where we will use Bitrise as the CI service for the app.

You can find the source code used in this tutorial on its GitHub repo. Don’t forget to switch to the part2 branch for the final output of this part.